Given the catastrophic economic management of South Africa over the last decade, it’s not surprising that our current concerns have pushed many competent South Africans to choose a new life overseas. However amongst the rubble, there are signs that a strategic planning framework is being developed which encourages those of us who are staying.

I’d like highlight how we can use these communications to get value out of the writers efforts:

What happened behind the scenes

Tito surprised the market with the timing of his 77-page document, as it was expected closer to the mid-term budget on 23 October. It appears that this was done to lead the narrative and challenge internal opponents of constructive reform.

He illustrates a good grasp of the economic and social realities that face South Africa, and lays out interventions and reforms that offer the chance to add more than 2% to GDP growth and one million job opportunities. Admittedly, we have heard grand plans for creating jobs and delivering growth from the ANC over the last decade or longer, and the bar is currently not high, but the document is encouraging for what it addresses.

Here are the key sections of the document:

The aspects within each section that appeals are:

Immediately after the release of the strategic plan, it received a mixed response from political and economic commentators, along the lines that it lacks specifics, it is not Tito’s place to announce ahead of ANC deliberations, and let’s wait and see. Nothing new.

However, at the recent ANC NEC it appears that components of the strategic planning framework have found their way into the press releases and intentions.

Watch this discussion led by Hilary Joffe on the ramifications, as well as breaking news around Steinhoff

Newsletter sign up
Get in touch
Address:
5 Duckitt Ave
Constantia
7806 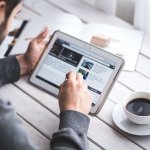 Sequoia on impact of CoronavirusBusiness Environment